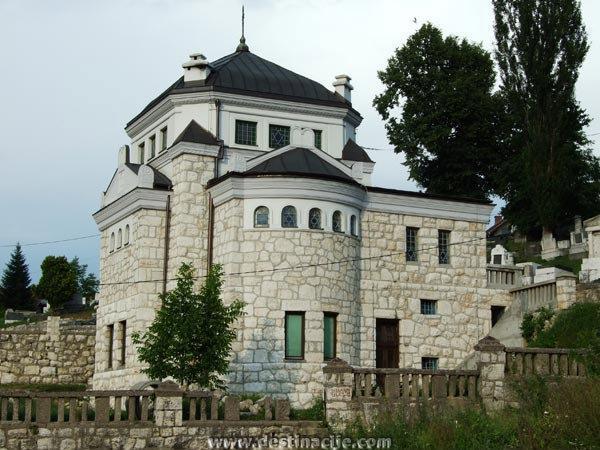 The history of the Jews in Sarajevo, the capital of Bosnia and Herzegovina can be traced back over 450 years ago when the first Jews, of Sephardic descent from Spain arrived in Sarajevo, that was under Ottoman rule, as early as 1541 via Salonika.  They were mostly artisans, merchants, pharmacists, and doctors.  They built their own quarter, dubbed El Cortijo (the courtyard), in 1577 with permission from the pasha Siavush.  The community built a synagogue in El Cortijo in 1580 with the help of a Turkish benefactor, in a building called Velika Avlija.  In the 17th century, Jews of Ashkenazi descent began arriving in Sarajevo, fleeing persecution from Europe.

Upon arrival  at Sarajevo airport transfer to  Hotel for overnight

Half day city tour of Sarajevo, including cultural and war sites of the city;

The Jewish hillside cemetery, established by Sephardic Jews in 1630, became as well the burial for many Ashkenazi, is one of the most important Jewish burial grounds in Europe because of the shape of the tombstones and the ancient Ladino inscriptions on them.  The cemetery has two Holocaust  memorials, a Sephardic and an Ashkenazi.

You will visit Tunnel Museum- During the 3 years that the city was under attack(1992-1995), this tunnel was the only means of going in and out of Sarajevo

After Panoramic view of the City, you will visit  Bascarsija – old part of town, Old Synagogue & Jewish Museum. The Jewish Museum chronicles the history of the Jewish community in Sarajevo, including a valuable collection of Ladino and other Jewish books, some printed over 200 to 300 years ago. The famous 14th century Sarajevo Haggadah is one of the city’s great treasures.  Originally created in Spain, and broth by Sephardic descent to  Sarajevo as early as 1541. Ashkenazi Synagogue & Jewish Community Center , which was built in 1902. Overnight.

After breakfast departure to Mostar. The name of the city signifies “bridge-keeper”, as a bridge has always been at the heart of the town’s identity. You will visit Muslibegovica House as ideal example of Mostar’s grand houses of the Ottoman period. Walk through the old town and the old bridge-listed as a UNESCO heritage site.  Overnight.

After breakfast departure to Stolac. You will visit cemetery and tomb of Rabbi Danon that became a place for regular pilgrimages by Bosnian and other Balkan Sephardic Jews(17th of JUNE). Moshe Danon became hahambasi or chief rabbi of Sarajevo in the year 1815.

Late  arrival at Sarajevo for dinner and overnight.

After breakfast, free time until transfer to Sarajevo airport.